The Bridge at Grez

I've been spending more time at the National Gallery of Art website, mostly because they have such a wonderful Open Access policy for images. In practical terms, that means I can often see a nice large image of the work I'm learning about and download it for my own personal gallery.

I've been poking around at the Dayton Art Institute, and often, when I find an artist I like, I'll go look them up at the National Gallery.

Today I was looking at works by Childe Hassam. The National Gallery has dozens of works by Hassam.

The Bridge at Grez caught my eye. I liked the looseness of the watercolor style (compared to the impressionistic yet still relatively precise style of some of his oils and watercolors). The longer I looked, the more taken I was with the shadowed undersides of the arches, and how - seen up close (thanks to the nice large images at the website) - those shadows become their own shapes and seem to shift to the foreground.

I'm also intrigued by the brown-gold rectangle outline in the center of the cloudscape, and the grey-pink sunset colors in the sky and water are lovely.

I became curious about where Grez is. It turns out there are several places in France called Grez, and one in Spain. While I was looking for more information, I found this footnote in Out of Context: American Artists Abroad that piqued my curiosity:

Hassam’s large oil of The Bridge at Grez, presently unlocated, is illustrated in Adeline Adams, Childe Hassam (New York: American Academy of Arts and Letters, 1938), opp. p. 56. Two smaller versions of this subject in oil are also known, one unlocated, the other in a private collection in New Jersey. The Corcoran Gallery of Art, Washington, DC, has a two-sided watercolor of The Bridge at Grez, dated 1904. Hassam was not abroad that year, and this is very likely a misreading of the date.

Somehow, as with so many artists, it turns out I know very little about Hassam, so I have a lot of works I can look forward to exploring for the first time. 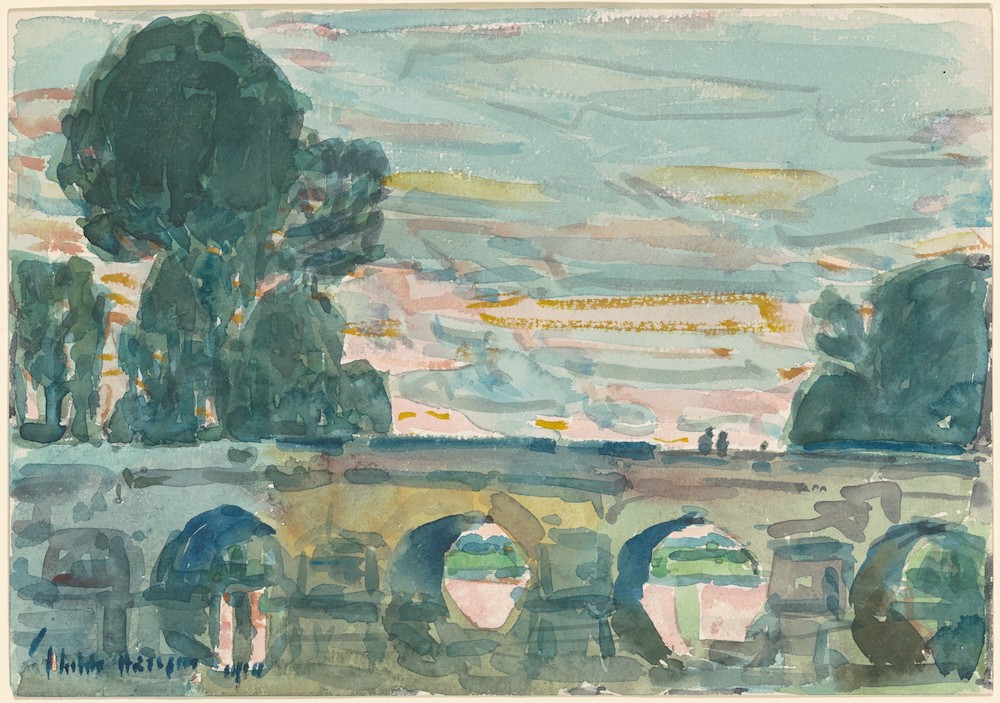 I try to read a few poems a week.
END_OF_DOCUMENT_TOKEN_TO_BE_REPLACED

Quick notes from my adventures in learning.
END_OF_DOCUMENT_TOKEN_TO_BE_REPLACED